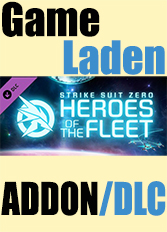 
The war is over, but your training is just beginning. Enter the U.N.E. Training simulator and relive five heroic moments from the U.N.E./Colonial War. A new A.I. - Control V2.0 - has been assigned to the simulator and recreated five missions that explore the origins of the Colonial Black Fleet that will push your skills to the limit.


Please be aware that new A.I.'s are prone to malfunction and we cannot be held responsible for the accuracy or safety of the simulations....